Franchisor CEOs Who Own a Franchise: What that Means for New Owners 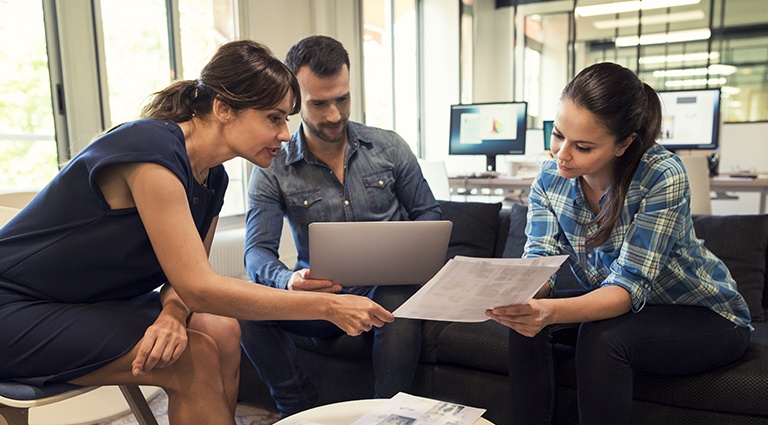 You’ve probably seen that quote hanging on the wall of someone’s kitchen or stitched into a pillow. This kind of aphorism isn’t meant to be strict advice (there are plenty of great chefs of all sizes) but rather as a caution. Someone who is serving you food that they don’t eat isn’t someone that you should be quick to trust.
The same can be true of a franchisor. If the person who created the franchise system isn’t also an owner, how can you know if it’s a good system or just a money-making scheme for the franchisor?

If you are considering buying a franchise, it is worth looking into whether the CEO of the franchise system is also a franchise owner. Here are a few of the things you can infer when a CEO also owns a franchise.

The CEO Feels Your Pain

One of the significant benefits of owning a franchise that is somewhat established is the camaraderie and support you can find with other franchise owners. When the CEO of the franchise is one of those owners, you not only find this kind of connection from your peers but also from the franchisor. A CEO who has invested in the franchise as an owner has a direct interest in and experience with every aspect of the business.

Further, because the CEO is an owner, he is intimately aware of challenges of owners, and impacts on profitability and staff.  Because the franchise CEO has “skin in the game,” they will want to make choices that set franchise owners up for success.

The CEO Has Faith in the Business Model

Aside from a worthwhile investment, the CEO is also invested in the end user of their service or product in a more meaningful way. Ownership keeps a CEO and their company focused on the most important part of the business: the client. When a CEO is also a franchise owner, a client is not an abstract notion but actual individuals.

Franchise CEOs are busy people. Between marketing the franchise and acting as the face of the company, there is little time for the administrative work that comes with running a franchise location. When a CEO owns a location, it is because they can keep the franchise running at a high level even when they are not present. While not all potential franchise owners are interested in absentee ownership, it is valuable to know that this type of ownership is possible. Once you have established a solid foundation, including staff that you trust, absentee ownership allows you to expand or spend energy fulfilling other professional or personal goals, while still reaping the benefits of franchise ownership.

A CEO who is an owner of franchises within their system is revealing the quality of the franchise. CEO ownership clearly demonstrates that if someone with the characteristics and skills of a leader sees the definitive value of the franchise system and is willing to invest time and money into it, a franchise is worth investigating for potential owners.