Have You Hit Your Glass Ceiling? 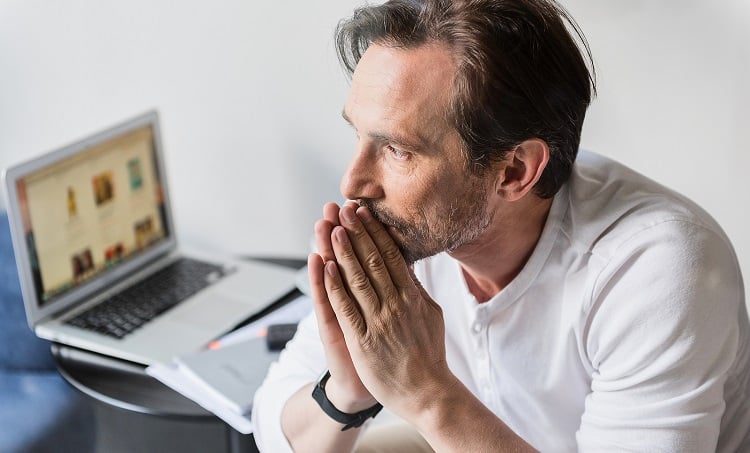 While the glass ceiling metaphor has become a well-known phrase since Marilyn Loden first coined it during a speech she gave at the 1978 Women's Exposition in New York, it continues to subtly serve as a boundary for many. What does it actually mean, and who does it affect?

What Is a Glass Ceiling?

Simply put, a glass ceiling is an invisible barrier used to keep individuals from rising to higher levels of management within the business or corporate hierarchy. But what does that actually look like for you?

It has historically been used to reference tactics that upper management and business owners utilize to prevent women and minorities from advancing to positions for which they are highly qualified. But a glass ceiling can restrict anyone.

Cheryl L. Green, president of The Green Resource Group, a business consulting firm in Bethesda, MD, addressed this issue during her interview with the Chicago Tribune. She maintains that "if you report to a top executive, he has to be directly involved and give honest feedback" so that you're able to qualify for the move up.

Green uses her own experience as an example of the glass ceiling she encountered as an African-American female early in her career. She was "in line for a major promotion," but when she received her performance review, Green was told that she didn't have enough education to be vice president.

Green's boss suggested that she might have more opportunities if she went back to college; however, he was well aware that she had a Ph.D. in psychology as well as an "MBA from a top school with a concentration in marketing, organization behavior, and management policy."

It was her boss's way of telling Green that she had gone as far as she was going to go with their organization. She continued to work for that company for another few years knowing that "many of the top executives didn't have those degrees." From there, Green went on to another company where she was hired as a top executive. She eventually branched out to start her own consulting company.

Professionals who find their work challenging and are able to realize career advancement within their organization may remain loyal to the company, and for good reason. Keeping the lines of communication open with your supervisors is an excellent way to stay on your chosen career path.

The conundrum arises, however, when a person who's been a loyal employee realizes that he's been working at the same mid-level job with the same company for far too many years. He's capped out at the top of the pay scale and still has a hard time making ends meet. There doesn't seem to be a clear path for moving beyond the current hurdle and onto the next level.

Here are some signs that you've bumped up against a glass ceiling and may need to explore a new career path.

Sometimes, a professional can spend too much time trying to prove themselves to a boss who is never going to appreciate the work they do. A person with a strong work ethic invariably puts in the extra effort needed to get the job done. Continually going above and beyond without any recognition is not only physically exhausting, but it can really take its toll on your emotional health as well.

Maybe the next logical position for your career path has been occupied by your boss for a very long time. If that's the case, you may need to look elsewhere within the company for another chance to advance, or it could be time to look for career options with a different employer.

Sure, there may be plenty of room for advancement so long as you share a common last name. It's frustrating and deflating to know that you are well qualified for that upper-division post, but you've been passed over by a member of management's family.

You may have reached the highest level your company has to offer. If you're at the top and there will be no more promotions, you might want to consider expanding your skills with another organization. If, on the other hand, your company is growing, you could find new opportunities ahead by staying with them.

What to Do If You've Hit Your Glass Ceiling

If you have hit your glass ceiling at your current job, you may want to look at other options. One solution is to venture out in a new direction. Margaret Manning, the founder of Sixtyandme.com, says it best, "It may be time to forget the glass ceiling and build your own house."

While you can certainly look for other job opportunities with established companies, you may find that your situation doesn't change much. Instead, you can create your own house by opening your own business. As an entrepreneur, there is no limit to what you can accomplish.

Opening a Caring Senior Service franchise is one option that could be the new avenue you've been looking for. We offer a reasonable option for seniors to continue to live viable and independent lives with the support they receive from our caring professionals.

Our affordable investment franchises provide you with the benefit of the knowledge we've gained over 30 years of experience. We also support you with our GreatCare® Method and best-in-class training and continue to provide advanced technological assistance. Your success is a direct reflection of us. Contact us to find out more about the many territories that are available nationwide.

Looking at Life’s Setbacks as Opportunities